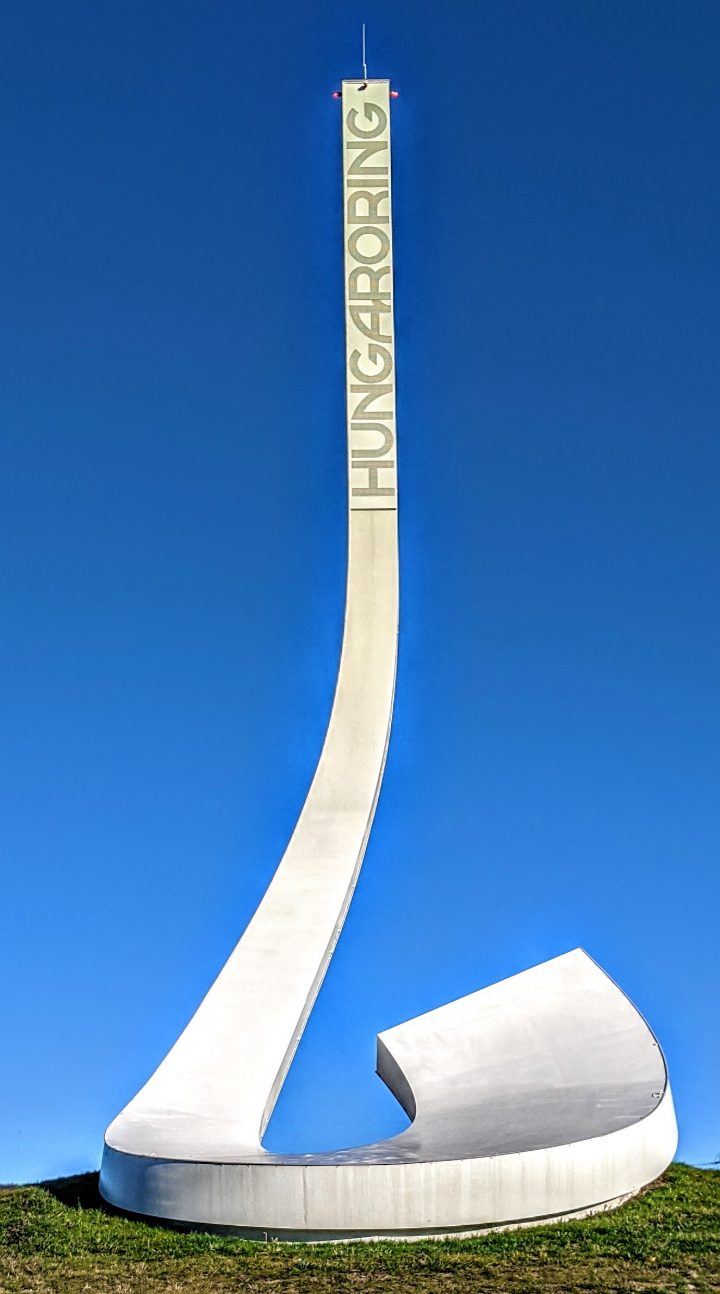 The upcoming weekend will be full of Flow events at The Formula1 Hungarian Grand-Prix!

But first, read about the history of the legendary Hungaroring race track:

Classical. This is what it has become over the past years, the race track of Hungaroring. It was built almost three and a half decades ago as a rarity of its time, for being the first one beyond the Iron Curtain, and now it is still special as the second behind Monza to have continuously featured in the F1 race calendar.

Hungaroring is preparing for the 35th Hungarian Grand Prix, and for this occasion perhaps a little nostalgia is allowed, recalling the victory of Nelson Piquet at the first race held here – in front of three hundred-thousand (!) spectators. We also remember how Nigel Mansell (who always celebrated his birthday at us and once got a racehorse called Skala as a present) lost a wheel nut and with it the race itself, even though he had started from pole position in 1987. Damon Hill’s bad luck is also memorable („What happened to Damon Hill?”) when in the final lap, due to a technical problem victory slipped his hands (1997), just as the great battles fought on the asphalt between Alain Prost and Ayrton Senna. Jenson Button’s rainy victory (his first) is just as much the part of the race track’s history as Michael Schumacher’s four or Lewis Hamilton’s seventh Hungarian victories respectively – since 2016 the British driver is the record-holder.

Now it is history but at that time it was a fantastic achievement (and quite unparalleled in the world) that Hungaroring was built within a mere eight months so that on the 10 August 1986 the First Hungarian Grand Prix could take place. (Source)

So, find out more about why is it the FLOW which makes the best drivers win!

Drivers will tell you that being in Flow is beautiful. It’s when you perform at your peak—everything you’re capable of on your best day, plus that little something extra. In Flow, everything seems to slow down. You feel as though you have all the time in the world to do what you need to do. It’s almost effortless—things just happen. You’re not thinking about the past or the future; you’re in the moment, confident, immersed, absorbed in a task. And the process itself is enjoyable.

Being in Flow is not something most people intentionally try to trigger on a regular basis. For most of us, doing slightly less than expected is sadly our daily routine and recipe. That’s because it’s not easy to perform past your peak day in and day out. But while Flow is often hard to find, it’s essentially expected of professional race drivers. That’s their job every single time they cinch their harnesses tighter.

Still, there’s no foolproof formula. What gets Pagenaud in Flow does not necessarily work for you or me.

But luckily we do know very well what are the basic ingredients for getting into Flow mental state!

Csikszentmihalyi says the core ingredients are challenge, skill, goal setting and focus. If you’re taking on a task that isn’t particularly challenging and you feel overly skilled, you won’t get in the Zone. You may even feel a little bored. Conversely, if you’re feeling too challenged and you don’t have the skill to handle the job, you’ll feel anxious—no Flow. But when you feel challenged and have the skills needed, you’re more likely to get into that almost magical state. It’s a balance.

This is one of the most impressive qualities displayed by superstars like Pagenaud. After years of being at the top of their game, it would be easy for them to feel less than challenged. It’s not like their skills have dripped out their ears and onto their pillows overnight; these people are as talented as ever. But at some point, after another pole, another race win, another championship, that sense of challenge can waver. And at that level, a fraction of a percent of performance lost means the difference between winning and losing, and possibly being out of a job.

Which comes first, the flow state or that deep-down belief in oneself? Can a driver get into the zone if he or she isn’t confident? Unlikely. If the car is handling exactly as a driver wants, as Pagenaud’s was, it’s easier to feel confident. But even a poorly performing car can sharpen the challenge, triggering Flow. (See: Ayrton Senna winning the 1991 Brazilian Grand Prix despite having only sixth gear for the last few laps.) You would think that victory lane would be enough motivation to trigger peak performance. But those are all external rewards, and they get at the core of what makes flow fascinating: It’s triggered by internal rewards, what an activity means to you deep down inside.

Therefore, our leaders must learn that peak performance cannot come from money or bonus systems. Instead, they must enable the inner driving force in themselves and – more importantly – in all of their team members! GO!

Sprinkle in one’s state of mind, physical fitness, focus, proper nutrition, even superstitions, and the Flow state happens. The Pagenauds of the sport aim to make that happen every time they strap into a car. Good for him that he landed it.
And for all of us, because it was wonderful to watch.” (Source here).

My recommendation is:
Do not just watch others, who are in Flow!
But rather, You too, get yourself into Flow Zone also!
May the Flow be with the BEST Formula1 Driver and You!

Mihaly Csikszentmihalyi is the world’s leading expert on peak performance in any activity. In his book Flow, first published in 1990, he introduced that word as a concept to the nonscientific world. He described it as “being completely involved in an activity for its own sake. The ego falls away. Time flies. Every action, movement, and thought follows inevitably from the previous one, like playing jazz. Your whole being is involved, and you’re using your skills to the utmost.“

Flow: The Psychology of Optimal Experience by Mihaly Csikszentmihalyi: BUY THE BOOK

We use cookies to ensure that we give you the best experience on our website. If you continue to use this site we will assume that you are happy with it.Ok