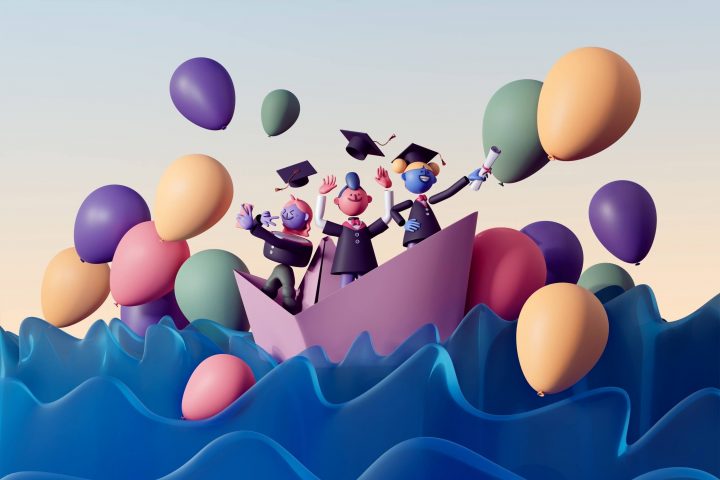 Since the publication of ‘Missing Link Discovered,’ Zoltan Buzady (Ph.D., Corvinus University of Budapest, Hungary) and Paul Marer (Ph.D., Professor Emeritus, Hungary) have continued researching the implications of the theory of Flow for effective leadership, elaborating on and expanding the book’s first two chapters. This Working Paper is a progress report on that continuing research; the first of two essays we are publishing in this series.

The objective of this essay is to identify how leadership based on the principles of Flow theory, if applied, helps create a Flow-promoting work environment and lead to better organizational performance. Below you can find the 1st part of the essay. Additional parts will follow during the upcoming weeks.

“Are you satisfied with your workplace?”

Please select, without much reflection, the answer that first comes to mind:

More generally, do you agree with the following statement?

Our jobs determine to a large extent what our lives are like.

In any survey of about 100 of our MBA students, faculty colleagues, and acquaintances, an overwhelming majority agreed with the statement, as do the authors of this essay.

The above quoted, simple but insightful statement was made by one of our era’s most recognized scholars in the social sciences and the humanities, Mihaly Csikszentmihalyi (pronounced: me-HIGH chick-sent-me-HIGH-ee), Distinguished Professor of Psychology and Management at Claremont Graduate University, in California. He also wrote:

What employees from the pharaohs down to modern TQM managers have been primarily concerned about is not how to tailor a job so as to bring out the best in the workers, but rather how to get the most out of them. ….All too often, the job fails to provide clear goals, adequate feedback, a balance of challenges and skills, a sense of control, and a flexible use of time.

During the past 40 years, Csikszentmihalyi had focused “conversations” with thousands of individuals, trying to understand the sources of individual creativity and happiness, in one’s life generally and at the workplace in particular. He found that people were happy when the activity they were engaged in was rewarding to them in and of itself, not just to make a living, or out of duty.  Csikszentmihalyi’s subjects often described the feelings they experienced when engaged in activities on which they were fully focused and enjoyed as “things flowing effortlessly, like being carried away by a river”. So he decided to call such states “Flow” experiences.

Being in Flow does not require engagement in a momentous task. One can experience Flow repeatedly even while doing relatively simple things, if one does them extremely well.

Since most of us spend the largest portion of our awake lives at work (or at school), it is a common sense observation that “our jobs determine to a large extent what our lives are like.” Just think of what happens when one comes home from school or work all stressed out as opposed to arriving home and telling a loved one, “today (or in a past week or month) I have really accomplished things and my achievements  are  appreciated (at school or at work)”.

Positive psychology at the workplace

Investigating such issues as creativity and happiness are subjects of a relatively new subfield of psychology, positive psychology, one of whose founding fathers is Csikszentmihalyi. Positive psychology is a branch of the discipline that relies on scientific understanding and effective intervention to aid in the achievement of a good and socially productive life, rather than treating mental illnesses.

So it was an obvious task for Csikszentmihalyi — a scholar of psychology as well as of management — to try to find out, through interviews, whether people tend to be satisfied in their jobs and, specifically, whether they are given opportunities to periodically enter into a Flow state in their places of work or study. Csikszentmihalyi does not cite statistics on what percent of bosses, managers, employees, students and teachers he interviewed were highly or poorly satisfied — or how many did get into Flow at work, how often and for how long. In any case, the statistical answers, if available, would surely differ from workplace to workplace and from school to school. What he did find though, as a broad generalization, is that most people were not highly satisfied in their jobs and were not working under conditions conducive to experiencing Flow. In response to these findings, Csikszentmihalyi wrote a book (cited in fn. 1) about what we as individuals, as members of teams, as managers, or as leaders of any group or organization — be it an educational institution, a business firm, a unit of government, or an NGO — can and should do to make the workplace attractive. The key statement that summarizes his Flow concept’s relevance for managers and leaders is this:  the best way to manage people is to create an environment where employees enjoy their work and grow in the process of doing it.

The theoretical-conceptual reasoning that supports this statement, and the practical steps that managers and leaders can and should take to create such a workplace, is what this (the first WP) and its follow-up study are all about.

To be sure, the extent to which we enjoy our work and are contributing to the organization is partly a function of the attitude we bring to our tasks. An insightful way to categorize attitudes toward work is how one perceives the workplace: a place to do a job, to pursue a career, or to perform one’s a calling in life?

A job tends to be not much more than the means to support self and family. A career can be important in terms of financial rewards (which can be a means to achieve things outside work), but the key marker of those who are career-oriented is their need to be recognized for their accomplishments by others. Those who experience work as their calling (i.e., vocation) are those who – other things being equal — tend to experience Flow the most often.

The feeling one has toward one’s job can, of course, be greatly improved by the attitudes and skills of the managers/leaders of the unit or the organization with which one is affiliated.

If Flow is so easy and beneficial, why are most workplaces unsatisfactory still?

This question may be on several readers’ minds, too, already: if Csikszentmihalyi and his acolytes really have a magic formula for simultaneously improving employee morale and organizational performance, why is that formula not widely known and not operationally in place throughout much of the world?

One obvious answer is that unless an idea, an invention, or a product gets intensive worldwide publicity, it is just about impossible, so to speak, “to bring one’s light out from under the bushel”.

However, if, in the quoted proverbial phrase, the “light” refers, by analogy, to Csikszentmihalyi’s Flow theory, then it would be inaccurate to say that it has remained “under the bushel.” The Flow theory is quite well known by scholars around the world — and has found applications in many fields, ranging from education to sports.

What is accurate to say, however, is that Flow theory’s relevance to management has somewhat remained “under the bushel”, for several reasons.

Second, Flow-based leadership has been investigated less thoroughly, and has been written about less frequently, to date than the topic would deserve, based on its applications’ already proven results (some cited below). The excellent book by Csikszentmihalyi on this topic had been researched nearly two decades ago; and he has not published articles on the topic in mainstream management journals. For these reasons, the application of the theory of Flow to management has been languishing; consequently, to revive and further develop this field is timely.

It is these convictions that have been prompting us to work on the application of the theory of Flow to the practice of effective management and, through that, to lasting improvement of organizations’ culture and performance.